How Love Your Melon Scaled To $40 Million Selling U.S.-Manufactured Clothes

Softline loves seeing our partners in the news! Congratulations to Zach, Brian, and the whole Love Your Melon crew on their success. We enjoy being a Love Your Melon manufacturer and are excited to continue supporting their mission however we can.

(By Elizabeth Macbride via Forbes)

Soon after Brian Keller and Zachary Quinn founded their $20 million company, Love Your Melon, Quinn had a conversation with his parents that helped create the company’s identity.

The duo already knew they wanted to create a company with a mission, supporting kids battling cancer. They knew they had a winning idea: Within hours of putting a post about what had been a business school project on their personal Facebook page, they had 400 likes, and they’d sold out of a batch of hats in two days. For every beanie they sold, they gave one to a child battling cancer. Then, they were looking to scale.

“We were looking for the manufacturing, I found samples made out of China,” Quinn says. At a family dinner, he remembered: “My parents were like, ‘You can’t make that outside the country!’”

Minnesota-based Love Your Melon, which now in addition to beanies makes scarves, mittens, caps and T-shirts, among other things — is about delivering a product, and about creating a community. In Facebook and other social media, Love Your Melon found the perfect advertising vehicle. Its typical return on a Facebook ad is seven – for every $100 it spends, it sees $700 in orders.

“We consider ourselves as having grown with social media,” Quinn says. He added, “As more people were getting on the platform, our ability to advertise grew.”

Love Your Melon started sourcing its manufacturing in Portland, eventually built capacity in Minnesota and now works with about 40 different suppliers, including Minneapolis-based Softline Brand Partners and Minnesota Knitting Mills in St. Paul. Community became a key part of the company’s identity and its branding, much of which it does on Facebook and other social media.

Of course, companies with the best branding have always created communities – but listening to Quinn talk about Love Your Melon’s identity and its use of Facebook made me realize how much easier and faster doing so is with social media. Love Your Melon – a consumer product company – was able to scale nationally in less than five years.

Founded in 2012, the company expects to more than double its revenue this year to $45 million, and to expand from 18 to 24 employees. It spends $3-5 million a year on Facebook; it also is able, through social media, to tap a network of 14,000 ambassadors — who are compensated with Love Your Melon gear and event opportunities — on college campuses. As volunteers, they deliver hats to kids battling cancer and who are obviously great customers too.

Facebook remains the heart of the social media strategy. During October through March, it spends $20,000 a day on Facebook, and it’s not unusual to spend a few thousand dollars boosting a post. As Facebook as grown as a channel for news, Quinn said, it’s become more difficult for product marketers to be seen: It is a pay to play platform. “We have something like 650,000 followers,” Quinn said. “If we don’t boost a post, we’ll get no more than 1,000 views.”

It has had success on Lookalike Audiences, which Facebook introduced last year: If they have a source audience, businesses can upload a list of emails, which Facebook uses to target different, but similar users. Love Your Melon’s sweet spots are college age females, 18-24, and mothers 35-55.

Its most successful posts have been those that celebrated the company’s milestones, like the day it finished delivering hats to every child battling cancer. After that, it switched to a model of donating 50% of net profits to organizations including CureSearch for Children’s Cancer, St. Jude Children’s Research Hospital, Be The Match, Make-A-Wish America, Ronald McDonald House Charities.Love Your Melon’s community apparently appreciate’s irony. Its most successful Facebook post ever was when it bought its first billboard. “Which is really odd,” Quinn said. “What was a standard ad on the side of the highway, was most effective on social media.”

Here are six tips for scaling a company using Facebook:

Pay attention to ROI: In order to produce the highest ROI we use different strategies across different types of ads. When prospecting, we use canvas and video ads in order to educate and engage the user.  Then we are able to create audiences based on anyone engaging with the Canvas or video to retarget them in the future with types of ads that convert at a higher rate,” said Brian Keller, Love Your Melon’s co-founder. He added that dynamic product ads have had a return on ad spend of 8.2 times over the last 6 months. “We also serve website link, carousel, and collection ads to our retargeting audiences because they convert the highest once a user has been introduced to our brand and knows the story. These types of ads being served to our retargeting audiences have seen a return on ad spend of 8X and during the holiday season, up to 11X.”

Be authentic: regardless of how many advertising dollars you have to spend, the aim isn’t to sell a product, it’s to establish a relationship with your community. The irony is that when you shift your focus away from selling, you will sell more. “Everything we post needs to be happening then, needs to be relevant to our community,” Quinn says. Its biggest advertising hits are milestone posts – for instance, when the company successfully gave a beanie to every kid battling cancer.

Keep it simple: The company rarely tinkers too much. “If we’re setting an audience for a boosted post, it’s people who like our page or who are their friends,” Quinn says. Similarly, it rarely tinkers with the audience information it gives Facebook for Lookalike Audiences.

Create good content: “Quality eats everything else, especially in this day and age,” Quinn says. “They see so much, and their attention spans are so short.” If you don’t invest in quality, you might as well flush your money down the tube. “We do five photoshoots a week all around the country, which turns into content for social media and advertising.” A third of the employees work on the manufacturing; a third work on operations, and a third work in marketing – which is mostly the content creation.

Experiment and shift, constantly: Consumer tastes change. For a time, Quinn says, click-bait articles were the most effective strategy, though he added that Love Your Melon didn’t use them. High-quality photographs have been powerful for a while; now, Love Your Melon is shifting resources to video. “We’ve found the most effective is six-second videos,” Quinn said. But the secret isn’t any specific medium; it’s being in tune to your customers’ tastes. So the content Love Your Melon creates might be about an event at a local restaurant, or a post about one of its college ambassadors on a trip.

Do it yourself: Quinn advises against hiring a marketing agency. In the rapidly changing world of social media, “nobody knowns what they’re doing,” he said. It takes more time to coordinate an outside agency than it’s worth; his inside team which is immersed in the company’s culture can do the same work by experimenting.

And maybe, listen to your parents:  “Mine are the most supportive any entrepreneur could want,” Quinn said. This year, in part because his parents had always talked about the Aspen Ideas Festival, Love Your Melon was a sponsor. Quinn spoke on a panel about U.S. manufacturing. His parents, who are restaurateurs in St. Paul, are joining him in Aspen for the second half of the week. “My parents go to work every day still, and they are almost 70,” Quinn said. “You will find them in Café Latte and Bread and Chocolate. My dad will be bussing tables and my mother will be tweaking recipes.”

We’re proud of our work, check it out for yourself 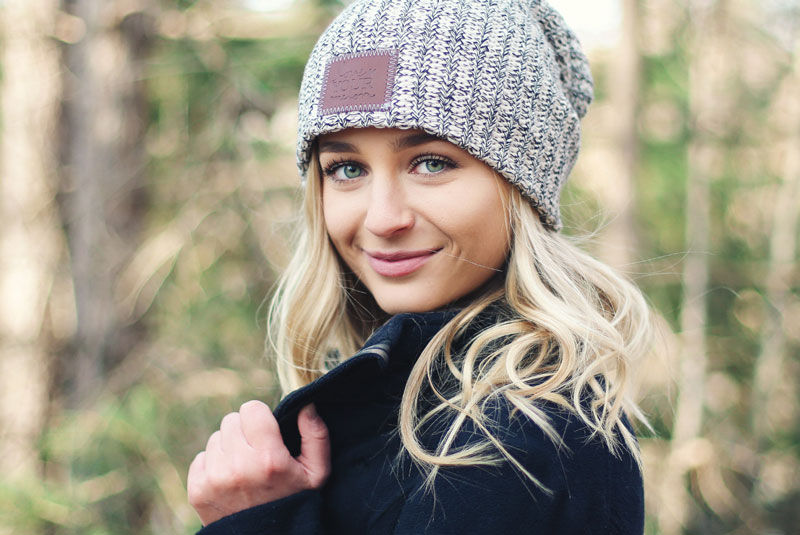